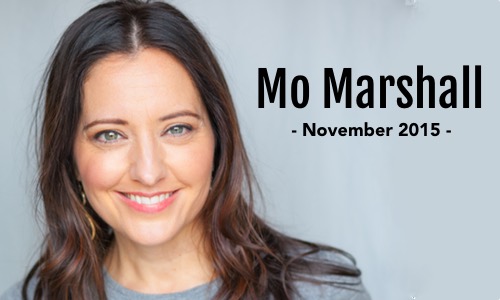 I think we all want to have the recipe required to  “make sh-t happen.”  From my experience, there are 3 things required of myself to make things happen.  I want to share these approaches with you in hopes you will incorporate them, if you don’t already use them, to make that thing that you want manifest as quickly and easily as possible.

I think everyone loves to “Make sh-t” happen,” because the most obvious result is being productive. But the fact of the matter is, I have learned that I don’t make anything happen. What I actually have learned to do is feel my way through a situation in order to make sh-t happen.  What people call, “making sh-t happen” is actually, “How to feel through a situation to make things happen.” What does that mean?  I’m going to give you a concrete example, because sometimes we hit what feels like gridlock or a wall in a situation that we would like to make happen. There is no reason to get stuck if you feel or listen to your intuition.  There is always another route.  It is when I am looking for that alternate route to my desired outcome that I stop in the middle of it all and I shut the outside world off – I internalize and ask myself, what is the next best step. I use these tools for the solution:

To clarify how I use these 3 tools, here is one of my latest everyday examples of how by using my intuition and mind, I made things happen. On Sept. 25th, the iPhone 6S+ was released and I had to pick one up for work purposes.  On the launch date, I stopped by the Apple Store and was told that both colors that I wanted (Rose Gold or Gold) were not available because they were sold out.  I was fine with this.  After all, it was my first attempt and the stop-in was a bit on the fly.  A day or two later, I was very specific in knowing what I wanted—the iPhone 6S+ in Gold (not Rose Gold) with 128 GB.  It is said by many that you must be specific in telling the universe what you want in order for the universe to deliver. I now had my specifics, and I was ready for the phone to turn up.

But the phone wasn’t just handed to me, even though I believed and had the intention that it would be. I stopped by the Apple Store again—for the 2nd time—on the Upper East Side, to see if they had it available.  To my dismay, I was told they did not have it and that the best bet to getting the phone would be to go online at 8AM and book an appointment at Apple, at which time I would see the availability of the phone I wanted and then schedule it for pick up.

The next morning, starting at 8AM, I checked every store in Manhattan. There was no 6S+ in Gold with 128 GB to be found.  You have to input each store individually on the computer, so it’s time consuming. On top of that, the inventory updates in real time, so at any time, products that were once unavailable could suddenly become available again. At one point, I found the Gold one I wanted in the Short Hills, NJ store. This would take a bit of an effort to get, being that it is an hour outside the city, but I followed my intuition and texted my brother who I knew was coming into the city the next day, to see if he could pick it up on the way in.  He replied to me that he could; however, paying for it and showing ID when he was picking it up would put a stab in my plan.

Undeterred, I kept checking the stores as if I was watching the stock market. Unbeknownst to me, my brother kept checking as well.  I then received an unexpected call back from my brother, “Mo, I see a Gold one available at the Soho store!”  I hopped onto the Soho location and sure enough, there it was: a Gold 6S+ in 128 GB showing available.  I selected it and got my appointment for half an hour later.

I ran out the door and grabbed a taxi with my dog in his carrier (he comes to work with me) and headed further downtown.  I got there 10 minutes early. I wanted this phone, and my Spirit was telling me, “Get out that door!” Since I was early, I was the first person next in line. The Apple employee was very cheery and walked me over to a table while he pulled up my order. Within seconds, he said, ”Oh, I’m sorry, we don’t have a 6S+ Gold 128 GB.” Now, some people might take that answer and their mind would tell them, “That’s it.  There is no phone,” but my intuition told me differently.  So, I smiled and said, “Well, your website said you do, and as you see I have the appointment.” He replied, “I know, but I’m sorry, we don’t have it.”  I said very calmly and politely, “Please get the manager.” (I was not leaving without the damn phone that I spent all morning hunting down!)  He said, “I am the manager.”

I replied, “Well then please get your manager.” He said, “I’m it.”  Again, my intuition told me to stay put, so I took a breath and I said, ”Well, there is clearly an error in your system misrepresenting what is available. We need to fix this problem and get that phone.  Get it from another store’s inventory if you have to, please. Someone has one.”  He looked at me in the eye and he knew I meant business. Again, he looked up at me and then back down at his phone.  My Spirit told me he had the solution as long as I stayed put. There is a way.  He said, “Hold on.  I may have a solution; I think there may be a return for one Gold 128GB.  I’m going to check and I’ll be right back.”  I said, “Great, thank you.”

I stood there and repeated to myself, “I know I am getting this phone today and I’m leaving with it in my hand.” I was not bitchy or rude in any way— I was just matter-of-fact to the gentleman.  He returned with the phone in hand and said, “I took this from someone who is returning it, so it’s the only Gold phone in the store.” I said, “Great, thank you!”  Problem solved.

What I have learned from working in this city is how to be persistent about something I want and “pull a rabbit out of a hat.” We usually are persistent out of necessity for anxiety and time-pressed situations, but if we focus our energy, it turns into manifestation. Anxiety that is turned into focused energy turns into trust, which the Universe ultimately responds to energetically by delivering our request.  It delivers when you have felt your way through a situation—and this doesn’t mean being rude. It means feeling things out as they come and constantly reassessing what is in front of us. So, if a person on the other line is stonewalling you (just like that guy at Apple first started to do), tuning into your intuition tells you to have them give you another person (I asked for their Manager with no emotion, just matter of fact). Assess if the person you are speaking with matches the vibration: Do they feel like they also want to make things happen?  If not, the universe is saying, “Go to someone or somewhere else.”  Sometimes we have to get the right person on the phone, and sometimes we have to tell them why we want something to happen. Once we are in sync, all the ducks line up and—wah-la!— that thing happens because we felt our way to the solution.

Now, sometimes this isn’t easy and sometimes it is, so being persistent and reasonable (using both your intuition and mind) is key.  That is, there are times we have to convince the person on the other line that they can help.  It’s a balancing act and really another form of sales. You are selling to them why they are going to help you and if they are not taking the sale (you don’t feel they are on the same page as you), you have to go to the next person or higher up (a different energy). It’s a game of being open, taking action, and being persistent, which is the mind and intuition working together. It’s ultimately the game of life and choosing your experience.  We can always find another avenue to make things happen- even little things, like getting the new iPhone. The fun part is, we can choose.

Now go.  Go try it.  You have things to manifest.